In recent times, we are surrounding with different types of sounds. Increasing noisy surrounding environments can significantly and negatively affect our bodies. These higher decibels are a great villain to concentration, learning, and productivity in classrooms and offices. Headaches are one momentary symptom of noise.

How Noises Affect our Health?

This is an invisible enemy and is often neglected in big cities with the noise of heavy traffic, demolition. and noisy equipment, such as generators and air conditioners. However, effective measures can be taken to avoid this unnecessary noise.

What is noise pollution?

But to begin understanding acoustics, there are several important concepts and terms necessary to understand first. Acoustics are a very complex science, and architects often only give it due importance when it is not well resolved.

The most commonly used unit of measure for sound is the decibel. Unlike units like meters or kilos, of which most people vaguely know the comparative length or weight, decibels are much more difficult to measure without a Sound Level Meter.

What is noise decibel?

Graham Bell, a Scotsman whose surname was honoured with the name of the unit, was the first to discover that the scale of sound perceived by the ear is logarithmic, like the Richter Scale, which quantifies the magnitude of an earthquake.

This logarithmic scale of the sound intensity ratio adjusts to the intensity perceived by the human ear. Since we can hear a very wide range of sound intensities, the limit of audibility — 10-12 watt/m2 — is conventionalized as 0 decibels.

Thus, there are sounds lower than that, but we cannot hear them. At a frequency of 1000 Hz, the human ear painlessly supports up to an intensity of 120 dB. Above this value, sounds are harmful and can irreversibly destroy the structures of the inner ear.

Being exposed to sound levels above 90 dB for more than 4 hours is already highly harmful.

There are many sources of noise pollution, but here are some of the main ones:

Traffic noise accounts for most polluting noise in cities. For example, a car horn produces 90 dB and a bus produces 100 dB.

There are fewer aircraft flying over cities than there are cars on the roads, but the impact is greater: a single aircraft produces 130 dB.

Bars, restaurants and terraces that spill outside when the weather is good can produce more than 100 dB. This includes noise from pubs and clubs.

Noise made by animals can go unnoticed, but a howling or barking dog, for example, can produce around 60-80 dB.

As well as damaging our hearing by causing — tinnitus or deafness —, constant loud noise can damage human health in many ways, particularly in the very young and the very old. Here are some of the main ones:

Noise can cause attacks of stress, fatigue, depression, anxiety and hysteria in both humans and animals.

Noise above 45 dB stops you from falling asleep or sleeping properly. Remember that according to the World Health Organization it should be no more than 30 dB. Loud noise can have latent effects on our behaviour, causing aggressive behaviour and irritability.

Noise may affect people’s ability to focus, which can lead to low performance over time. It is also bad for the memory, making it hard to study.

Interestingly, our ears need more than 16 hours’ rest to make up for two hours of exposure to 100 dB.

Effects of noise pollution to the community

The World Health Organization (WHO) uses the value of 55 dB as the ideal maximum for exposure most of the time. The WHO points out that about 20% of the population in European Union countries is exposed to noise above 65 dB (A) during the day, and more than 30% is exposed to levels above 55 dB (A) at night.

Especially at night, exposure to noise of this intensity can trigger everything from sleep disorders and insomnia to increased blood pressure.

To give an idea of how loud this is, a normal and civilized conversation is around 60 decibels. This is also an important reference value, halfway between the limit of audibility and the limit of pain (120 dB).

Originally some part of this article published on Arch Daily by Written by Eduardo Souza.

As the population grows, the number of people living in noisy urban areas will also increase, making up an ever-larger share of the population. But there are ways to combat excessive urban noise, including changing aircraft routes, building road and railway barriers to reduce the level of noise that reaches nearby communities, using quieter hybrid and electric cars, and installing thicker insulation in homes and offices. Jaykumar says that big-picture solutions could go a long way in providing relief from the constant clamor around us. Cities have emerged as the dominant form of human settlement, and they are significant economic and environmental actors. Since 1950, the global urban population has increased by roughly five times from 0.7 billion to 3.9 billion in 2014. It is expected to grow by another 60 per-cent by 2050 when 6.3 billion people are projected… Conventional design only welcomes a certain type of person: the one arbitrarily deemed “normal.” It’s easy for designers, or even the casual observer, to define the most typical user of a space as one who requires no modifications in order to access it. But “normal” doesn’t really exist, and you can’t necessarily tell by looking… Why urban planning required? Future historians may well decide that the remarkable phenomenon of our time is the massive urbanization. That is engulfing the third world. Within the span of the last two decades, towns and cities all over Asia, Africa, and Latin America have been doubling and tripling in size. India, which has the… 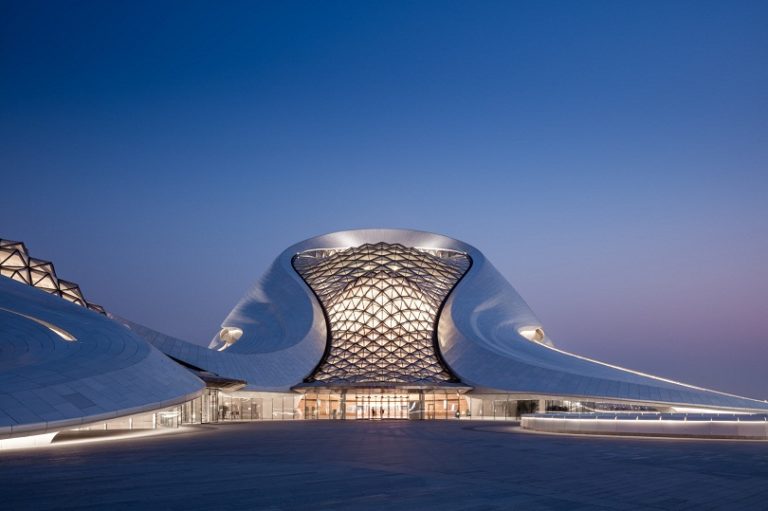