The Tejorling radiance temple built in a farmland is dedicated to Mahadeva(Shiva), one of the major gods in Hinduism. This temple is located in a Chickoo tree orchard. The contemporary temple is built for everyday worship by surrounding farmers. The building takes references from the region’s historical aspects and Hindu temple architecture, which is re-interpreted in a contemporary way. A simple brick wall marks the entry to the area. The overall temple structure is built using reddish-orange colored concrete which helps the temple to contrast and standout in the surrounding greens. The temple is carefully inserted in a small piece of land which looks hidden into the trees from most of the surrounding areas creating a kind of curiosity for visitors and passers-by and the dimensions are derived using golden ratio to achieve the desired human scale.

The tejorling radiance temple design intends to look like a sculpture and is a result of careful extraction from the traditional forms put together in a simpler way so that the local could easily associate themselves with it. Generally, in a Hindu temple design, the innermost Sanctum is reached by a series of Mandapas. Here the sanctum is opened up directly to the outdoor space and is attached with a small meditation space so as the passer-by could go in for a quick prayer and carry on with his work later. There are two major openings to the building, one which forms the entrance, another for the holy water to go out. The water going out is poured on the deity as a part of worship. The two openings form a connection at the top as the pyramid cantilevers. The base of the temple is a square while it becomes a triangle as it reaches the top creating 5 surfaced pyramid giving an extra dimension to it. An expression of movement is created by pulling a small mass out of the main structure creating a space for meditation. One can sit quietly for a while and feel the space inside. A slit is provided to draw the breeze inside along with a subtle quality of natural light. “As you arrive at the temple the structure seems like a normal square based pyramid metaphorically speaking in a meditating state, but as you move around, you discover the protruding mass making the building feel like it’s out of meditation state and is dancing “. 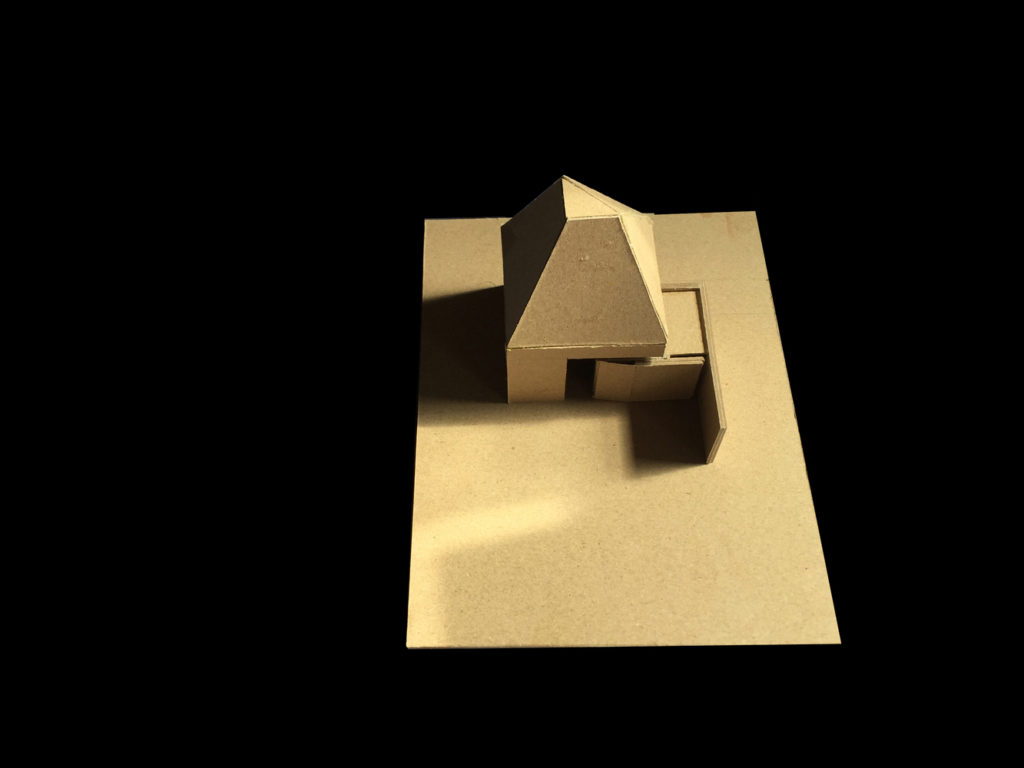 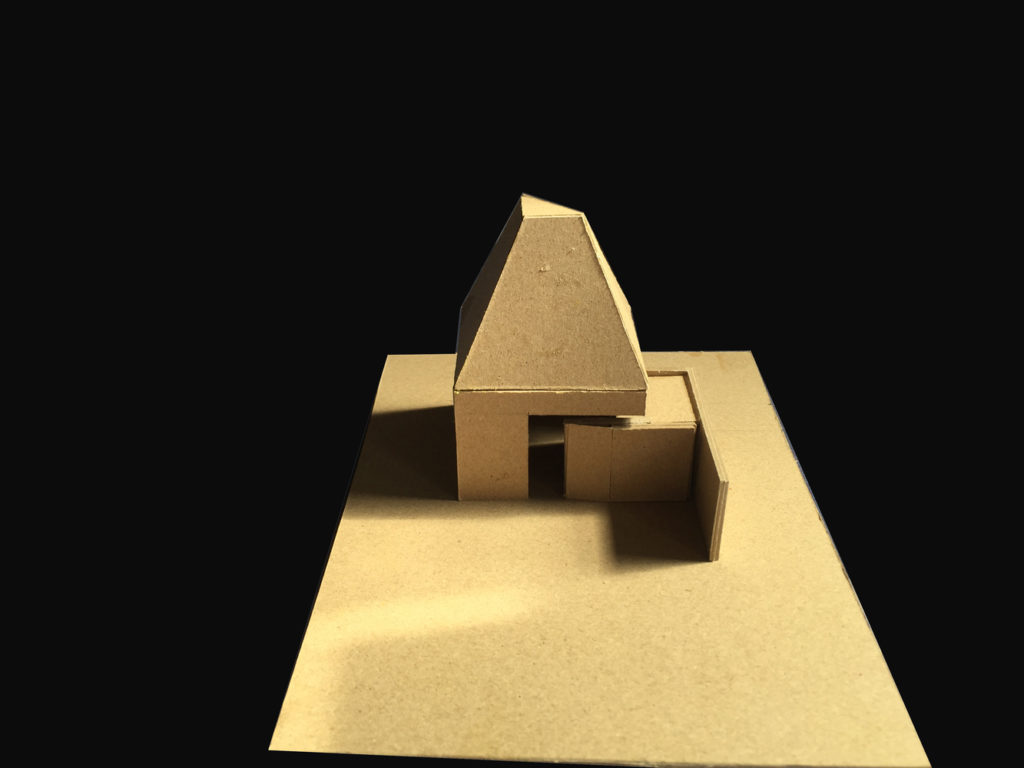 This way the two forms of Mahadeva (Shiva) are depicted.

The landscape is kept natural with minimum intervention of some lemongrass shrubs around, rest all is taken care of by the local farmers. Summary: Here, you get the ideas of interpretation of golden proportion, which are proven dimensions from the centuries-old architecture used in planning a contemporary temple architecture and planning. So, take a look carefully and understand how to incorporate these dimensions into your future designs!